jQuery('li a.icon').removeAttr('title');
This summer, my kids were invited to film a segment of Hands On Crafts for Kids, a fun show that airs on PBS. I almost skipped the opportunity, since it was just 6 weeks after having my 4th baby. But then my husband and I decided it was such a neat opportunity for the kids, so I packed them up and headed out for a little road trip. We had such a blast! 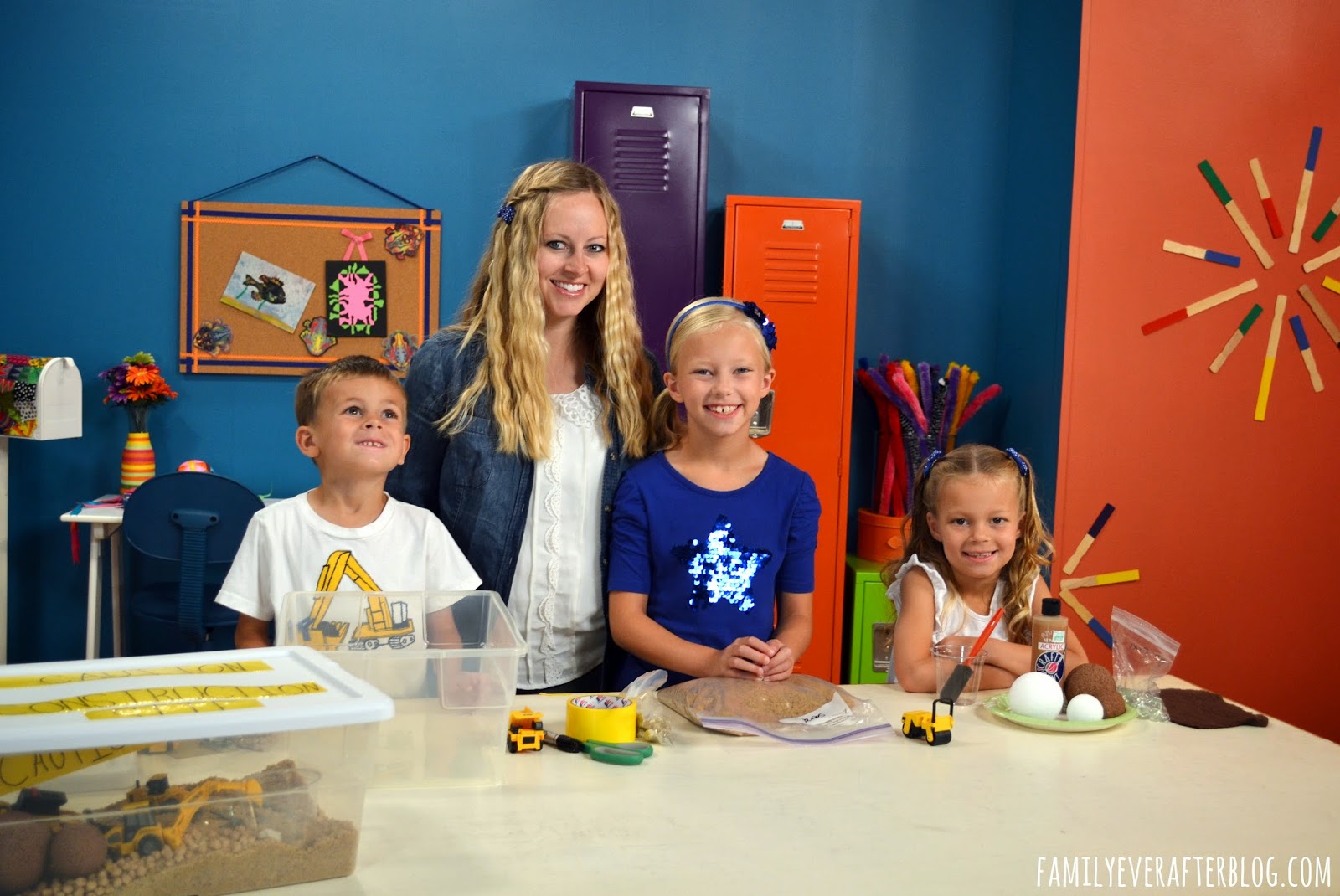 I honestly thought my kids would be more nervous than they were. They felt so comfortable on the set, just being their cute, silly selves. The TV set is seriously legit! I think my kids felt a little bit like movie stars! Haha! 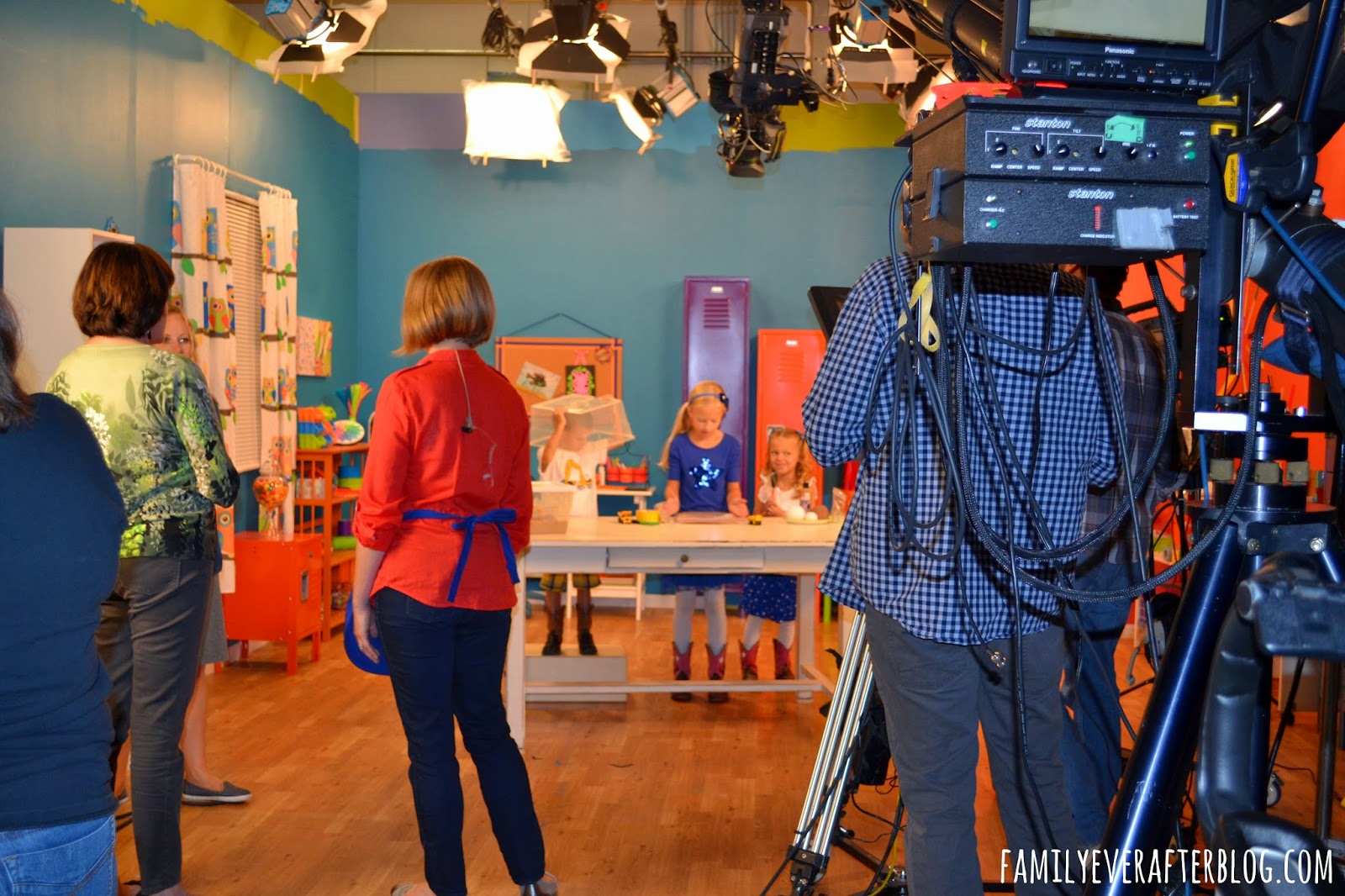 We demonstrated how to make a Construction Site (more details below). We made two bins– one to demo on the TV set, and the other to show as our final product. 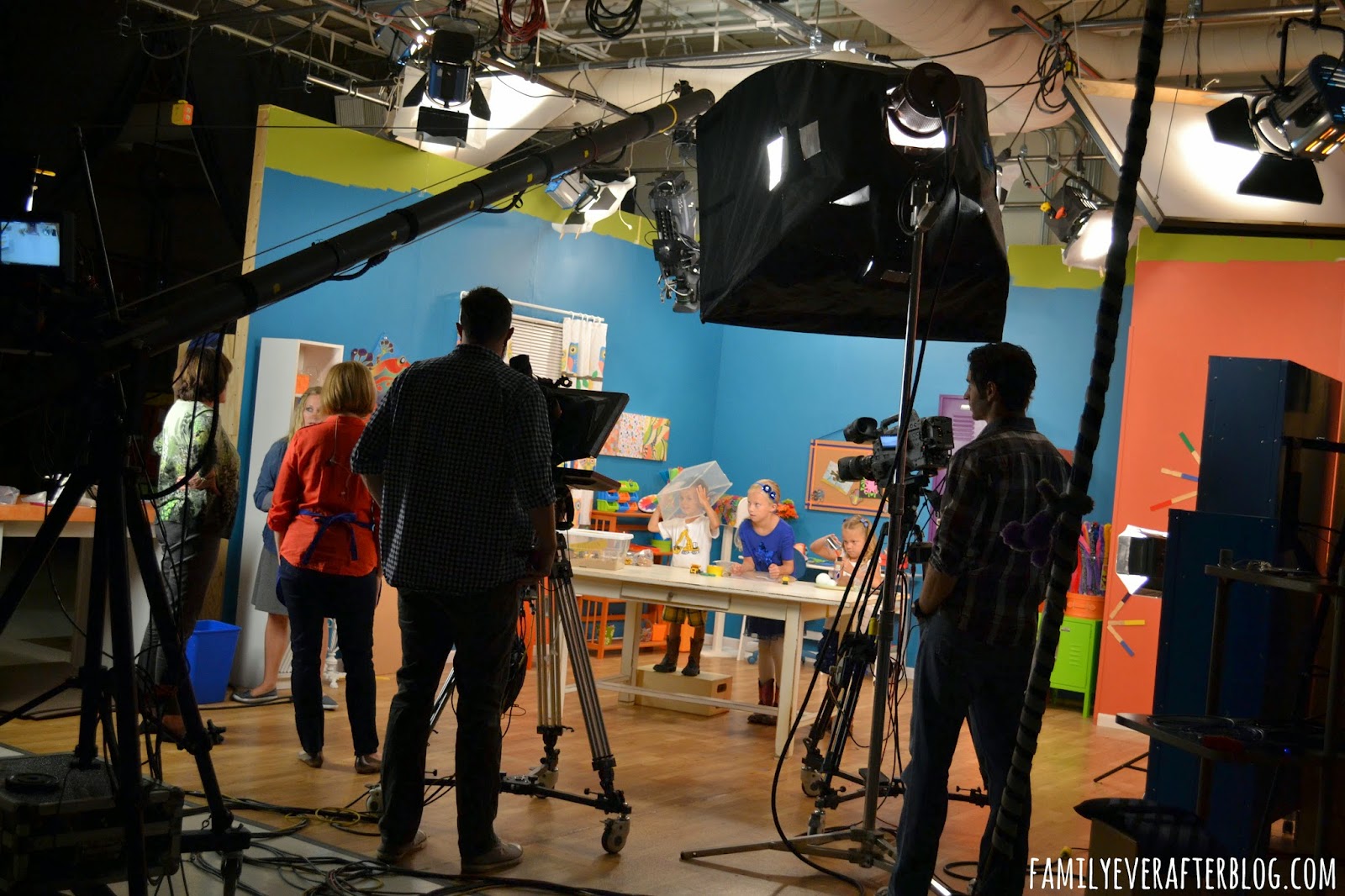 Behind the scenes was just as cool as anything else. It was neat to meet the producer and the host of the show. They did a great job helping us feel comfortable and knowing what to expect. 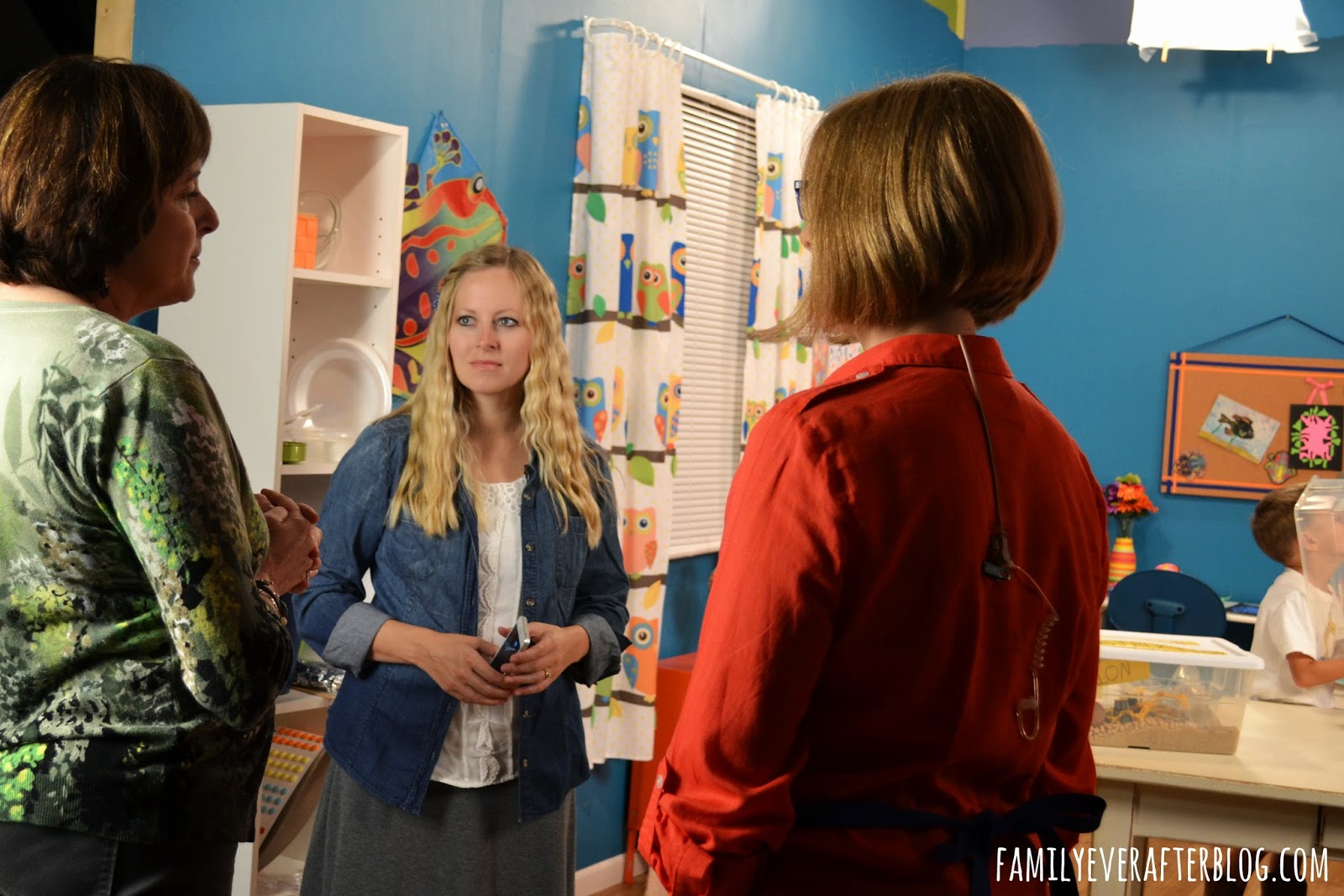 To watch my kids in action, watch the clip below. This was such a fun experience, and I think they did such a great job! I was SO proud of them!

We practiced a few times at home while filming ourselves on my ipad. We still laugh at our “bloopers.” It wasn’t supposed to be totally scripted, but it was good to have a layout in mind. My kids definitely threw some things in there that we hadn’t talked about or rehearsed, which made me smile. I was SO glad that nobody argued or got mad at each other, I was holding my breath the whole time!

We were given a box of crafting supplies a few weeks prior, and our challenge was to create a craft using items from the box. We brainstormed several ideas together. My kid’s had been playing with these toy tractors all summer, even saving their allowance to buy more for their collection. So we decided to incorporate the craft items to create a “Sensory Construction Site.” 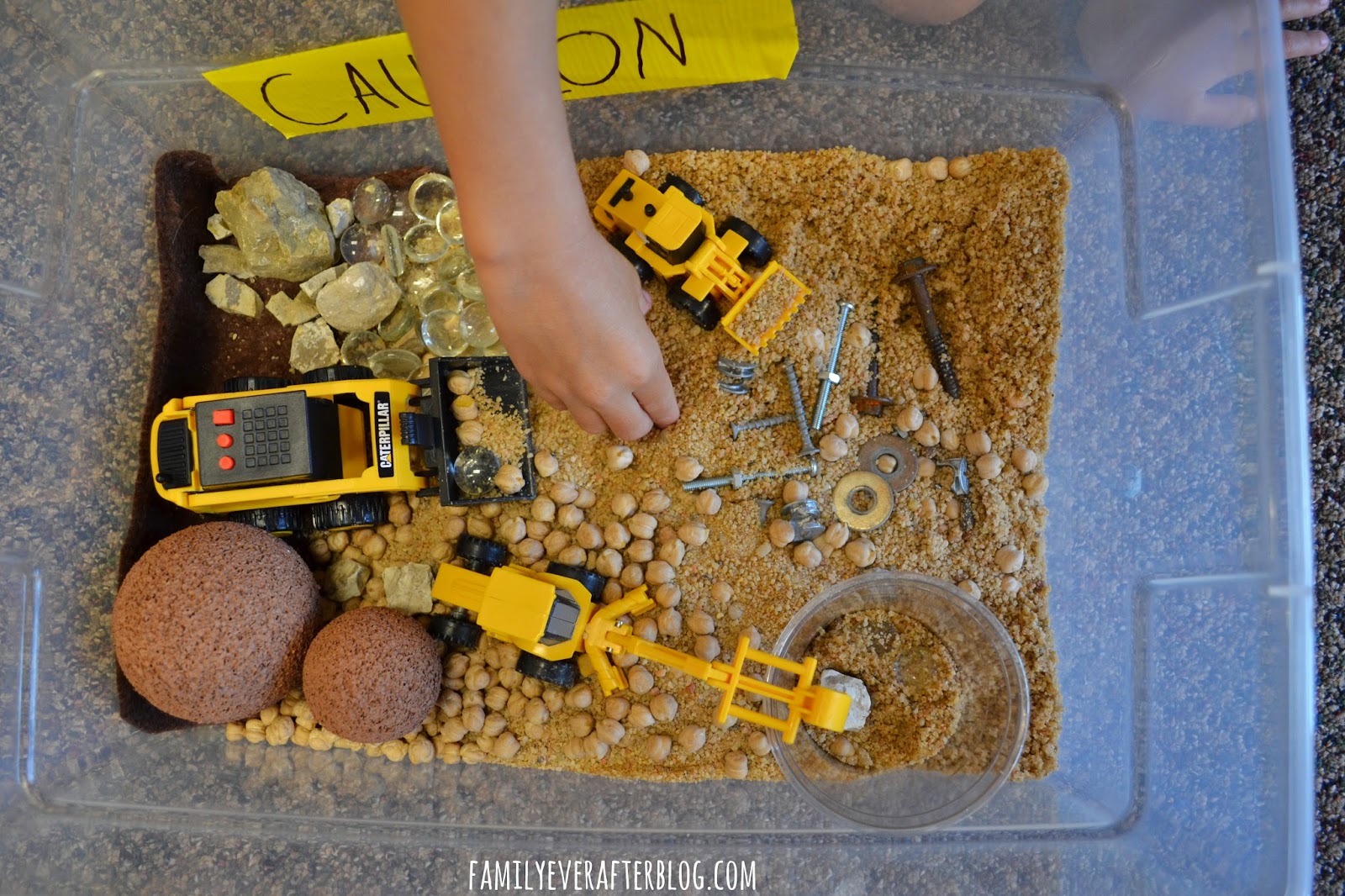 The craft items that were sent to us that we included are: the yellow duct tape, the styrofoam balls, the brown felt, and the play sand. We also added rocks, nails and screws, dried beans, clear craft rocks, sandpaper, a cup, and the tractors. Everything is contained in a clear plastic bin. 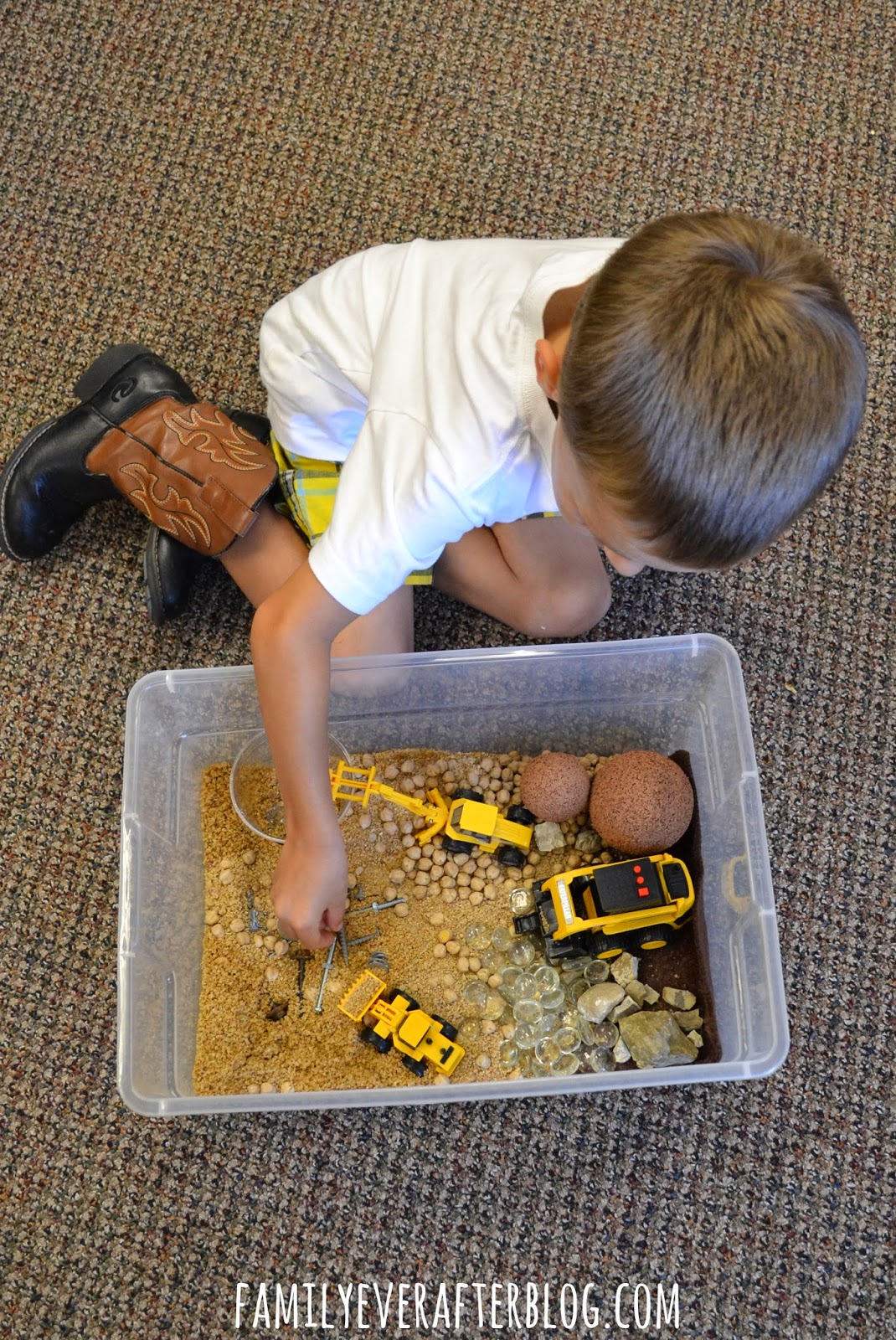 My kids really do play with these at home- they have a lot of fun! And they do a pretty good job at keeping the sand contained in the bins. I think this could be a really fun, creative, and affordable gift!