jQuery('li a.icon').removeAttr('title');
When my husband sets his mind to something, he does it. Last night, he was craving Hungarian food, so he made it. He lived in Hungary for 2 years, serving a mission for our church. It’s such a fun part of his life, he loved his mission. Ten years later, he’s still fluent in Hungarian, and making traditional Hungarian food to keep the influence of the special culture alive in our home. I have several really great recipes that I’d like to share in the near future.
For starters, Hungarian Goulash. I don’t really know how to make this look appetizing in a picture, but believe me, when made the right way, it’s amazing! Every family makes it different, so here’s my husband’s version. Any Hungarians who read this blog (szia!) please feel free to leave any variations in the comments! 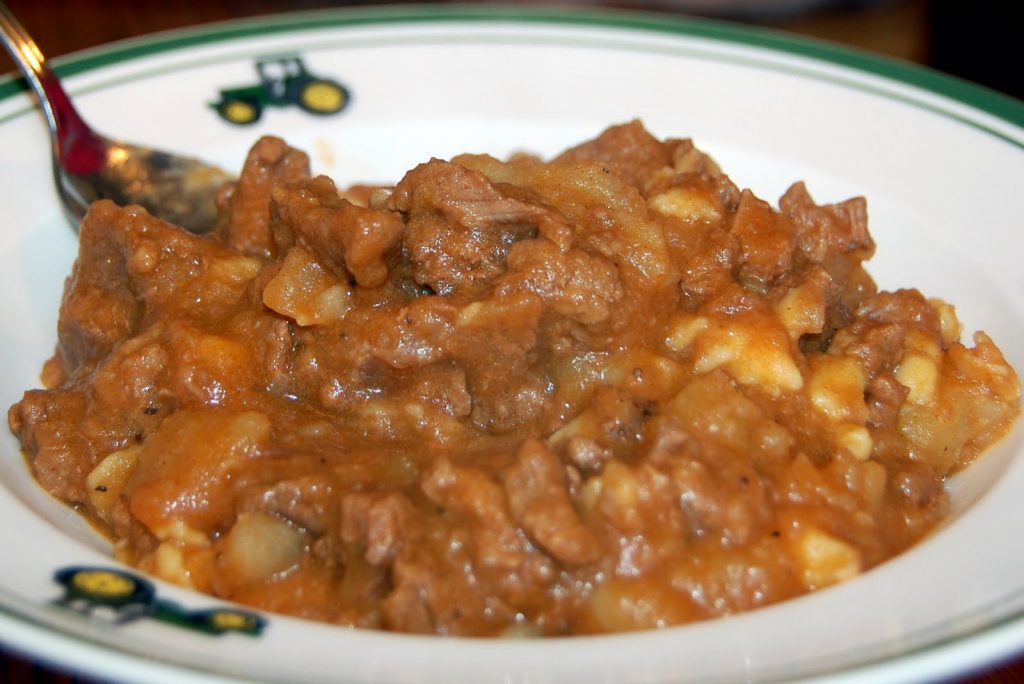 Hungarian Goulash (Gulyasleves)
2 lbs stew meat or beef chuck
1 tsp salt
2 onions
2 TB shortening
2 TB Hungarian paprika
2 bay leaves
1 quart water
4 potatoes, washed and diced
3 parsnips (or carrots), washed and diced
1/4 tsp pepper
*optional: tomaotes and peppers (we don’t use these in our goulash but some people do)
Cut beef into 1 inch squares, and add salt. Chop onions and saute in shortening. Add beef and paprika. Cover and let simmer for 1 hour on low heat. Add water, potatoes, parsnips. You could peel your vegetables, but I like to scrub mine really well and leave the skins on. To me it seems more authentic. Cover and simmer until vegetables are done. You might want to add more water. It’s supposed to be more of a soup, (but I like it thick).
Serve with egg dumplings.

Egg Dumplings (Nokedli)
2 eggs
3/4 cup flour
1/4 tsp salt
Combine all ingredients well. Let stand for a few minutes. Drop by small spoonful into goulash, or run through a hand held cheese grater and let dumplings fall into goulash. Cover and simmer 5 minutes.
(You can also drop these into a pot of boiling water, then drain them and serve goulash on top of nokedli).
Here’s a picture of what I mean with the grater. Just put a spoonful of batter on the cheese grater, and squish it through into the boiling water or soup. 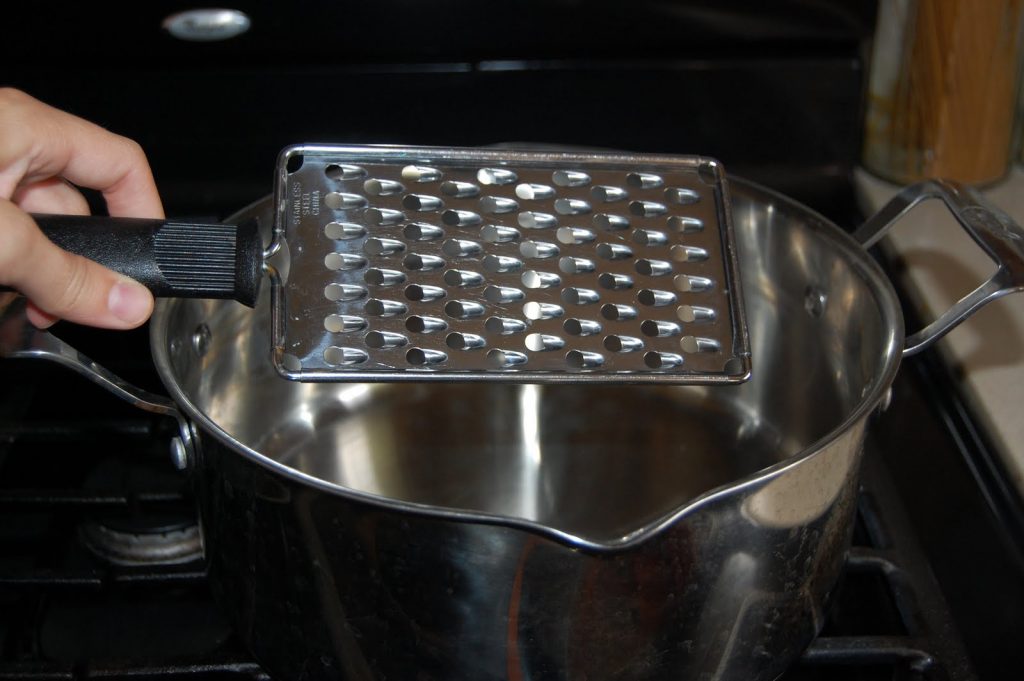 This is really good served with this easy no-fail french bread recipe!
Jó étvágyat!
And just for fun….
I about died laughing when I saw this video that his mission president showed at a mission reunion just after he returned home. This was all filmed in Budapest on their “prep day.”
(he’s gonna be embarrassed that i’m posting this)!
Linked up here!