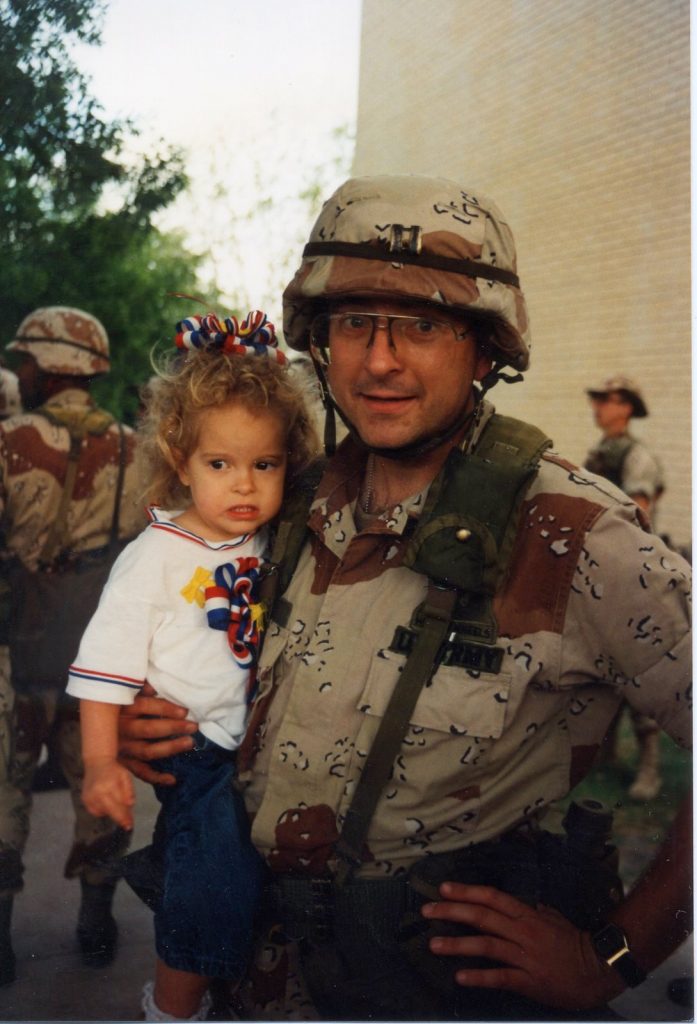 Today in the United States is Memorial Day, the day we celebrate and honor those who have died serving our county, those who have served in the past, and those who currently serve. My heart is so full of gratitude and patriotism today, as it is every Memorial and Verteran’s Day.

I grew up in the Army. To this day, the day my daddy came home from war was second best day of my whole life (next to my wedding). Pictured above is my dad and little sister, just minutes after reuniting with him after a 7 month deployment in Saudi Arabia during the Desert Storm Gulf War.  At the time, we (mom and 4 girls) were living in Ft. Hood, Texas, which was the biggest US Army post. The sense of patriotism in that community was so strong. I was only 8, but the feeling and memories will forever be ingrained in my soul.

The day he came home….
we woke up at 4 am.
We cleaned and scrubbed the entire house.
My big sister and I had gotten really good at that.
We each had a special shirt that our mom had decorated with flags and yellow ribbons.
We got to skip school.
We couldn’t even eat breakfast, we were too excited.
We drove down to the base, we parked our van on the side of the freeway.
There were miles and miles of families and friends.
We all sat on top of our cars and waited.
Finally, the buses started coming.
Buses and buses of brave men and women.
We waved flags, we honked horns, we cried and cried.
They were home.
Our dad was safe.
Through the throngs of people, we finally found him.
We practically dropped all our belonging and just collapsed into each other.

It was the most beautiful day ever.
I will never, ever forget it. 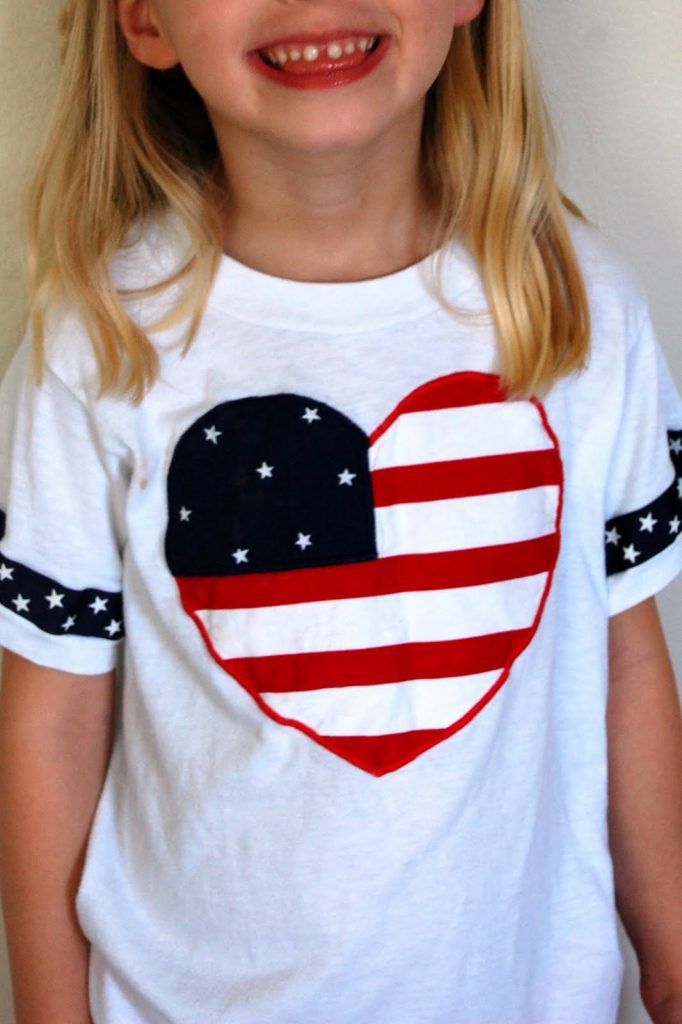 This is my daughter, wearing the shirt I wore that special day.
Growing up in the Army developed my character in so many ways. I learned so much- how to be tough, how to be brave, to be thankful, to lean on my family, that my Heavenly Father loves me and would protect my daddy. We moved a lot. We had to be independent, to learn how to make new friends, to put ourselves out there, to look out for one another. Family was always first.
I don’t know how I, or how my mom, could have survived those 7 months without a belief that our family would be together forever, even if something were to happen to our dad. It was a scary time. I still remember the nightmares I had of my daddy being shot at, bombs going off all around him. Him not coming home, and what that would be like. What would happen if he came home injured our without limbs? I worried about it all the time. I was scared sick at home without him. I was almost obsessive compulsive about making sure the doors and windows were locked every night, that all my sisters and mom were safe.
I will never forget my mother’s faith, courage, and optimism. She was so strong. It was because of her attitude that we all got through it, and in the end were stronger people for it. I don’t remember her crying, wishing life was different. She picked up all the pieces and trudged forward. She was asked to be the Relief Society president (the leader to all the women in our church) of two wards which had to be combined since most of the men had been deployed. That was a lot of women to look out for, all who had problems of their own and whose husbands were gone too. She spent so much time serving others, that she didn’t have time to take pity on herself. We were so busy, that sometimes we didn’t even realize our dad wasn’t there. Of course we missed him, but I’ll never forget this important lesson my mom taught us…. “No matter how far away he is, he is always with us. We will always have his influence, his love, and his spirit with us no matter what happens. We know what he would want us to do.”
It was about the same time that the movie “An American Tale” had come to theaters. My sister and I were in a performing singing and dancing troupe (see picture here), which really helped pass the time. We did shows all over Texas– at Sea World, CTC, Fiddlers Green, and many exciting places. There was one show where they had to carry me off the stage crying. We were singing the lyrics, “Somewhere out there, beneath the pale moonlight. Someone’s thinking of me, and loving me tonight…. And even though I know how very far apart we are. It helps to think we might be wishing on the same bright star. And when the night wind starts to sing a lonesome lullaby. It helps to think we’re sleeping underneath the same big sky.”
My heart pounds every time I hear those words. Or the words to this song. I LOVE the feeling I get when I listen to it. So patriotic.

I even wrote a song for my dad. I got to sing it to him over the phone once. That was cool. (I’m glad the soldiers can email home these days).
“Daddy, come home.
Dad, you’ve got to understand.
That you’re my helping hand.
Daddy, I love you, I miss you so much.
Daddy, oh
Daddy, oh
I love you very dear.
And even though you’re not so near,
I can love you for
Eternity!”
I know its so cheesy, but I was 8! 🙂 Writing this song got me through one more of what seemed a million days to endure.
I still have all the letters he wrote to me. They are among my most prized possessions.
A few years later, my dad was deployed to Somalia. The whole experience to live through, all over again. This time I was 11.  Again my mom was a hero. She took us on a cross country road trip, from Kentucky, where we were now living, to Texas, to Utah, to California and back. My mom and 5 girls.
We had a port-a-potty in our van 🙂
It was hard all over again. I think even though he was in more danger this time, we were even stronger. I knew without a doubt that he would be sent home to us. He was. We’ve been so blessed.

Even though it was hard, and a huge sacrifice to have him gone, I am so proud of him. I supported him and still support our troops who are overseas. They fight for our freedom!

My dad is an ER doctor, and was in charge of a huge tent, which was the hospital, where he helped take care of all the wounded and killed soldiers. He didn’t even carry a gun with him as he left overseas. He said the soldiers would protect him, and they did. My dad is special. He is an amazing person. He has so much character, he is so focused, so committed to doing good and helping others. I love him so much, and am honored to be his daughter.
Happy Memorial Day to all! Let freedom ring!