I’m not convinced if this will remain our Christmas Eve dinner tradition or not. I wanted something really easy, not too time consuming, and that didn’t use a lot of dishes. I really don’t want to spend the whole day cooking on Christmas Eve, ya know? I couldn’t find a recipe for this in the crock pot, so I just kinda threw a few things together and came up with this on my own. Also, this was really good, but NOT low-cal. I like to figure that if I only make it once a year, we’re ok. But I’m open to new ideas for our Christmas Eve dinner….


Loaded Baked Potato Soup in a Crock Pot
–rachel style
peel some potatoes, throw ’em in
dice some green onions, throw ’em in
dice fresh garlic, throw it in
add in some chicken broth or mild or both
grab two fistfuls of cheddar cheese, throw it in
empty a container of sour cream
brown some bacon, crumble it up, throw it in
shake in some salt and pepper
anything i forgot? throw it in!
cook on low in a crock pot all day
stir it all up and garnish with more cheese, chives, bacon, butter….


yeah, that’s what i’m talking about. this is how i cook! i hate following recipes exactly how they read. sometimes that’s not the brightest idea (ask troy), but if its stove-top cooking- all you have to do is taste it- and you’ll know if its gonna be good. and this was goood. 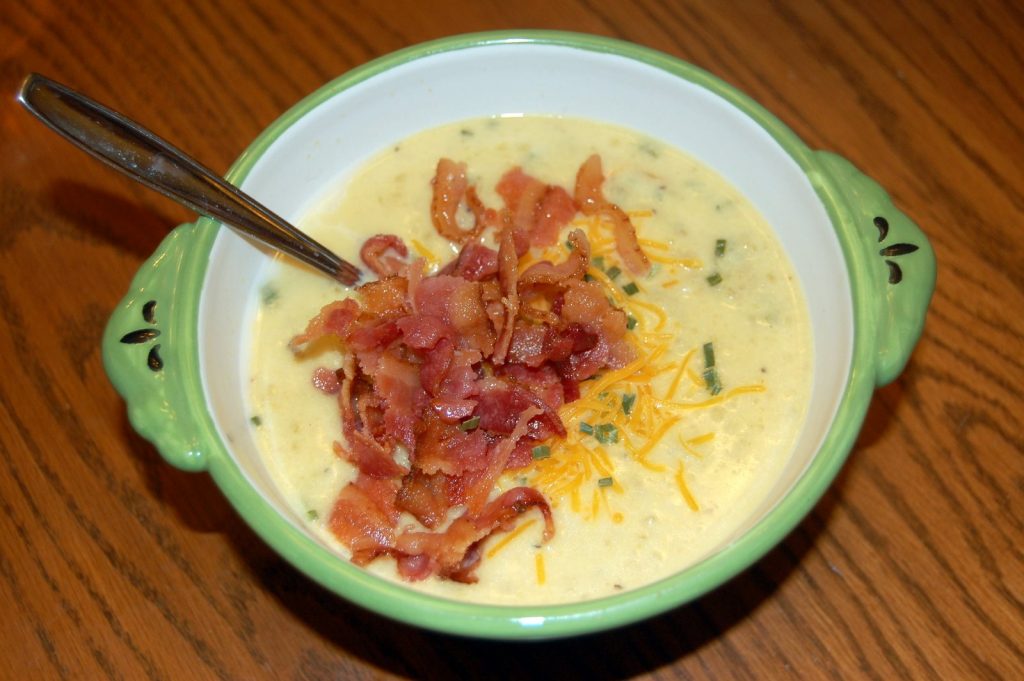