If you are an American Idol fan, you will recognize Kris Allen, last year’s winner.  I try really hard not to get star-struck, and be that annoying fan.  I’ve never ran into anybody famous before, so this was kind of cool, and he was really nice about it.

So here’s the story.  While my sister-in-law was here for a visit, we were eating at a small pizza parlor, and were the only customers there.  Upon leaving, we noticed a group of three guys who had just walked in and were sitting in the front of the restaurant.  They were all dressed the same.  I swore it was Kris Allen, and wanted to go up and say hi.  I felt bad disturbing him, and he didn’t look busy or bothered, so I did.  We told my 4 year old daughter to go up to him and say, “You are handsome,” which she did.  He got a good laugh.  I was happy to tell him that we watched his season of AI and totally voted for him!  He was just enjoying an afternoon with members of his band.  Anyway, a little blurry, but here are the pics.  And there’s my moment of fame. 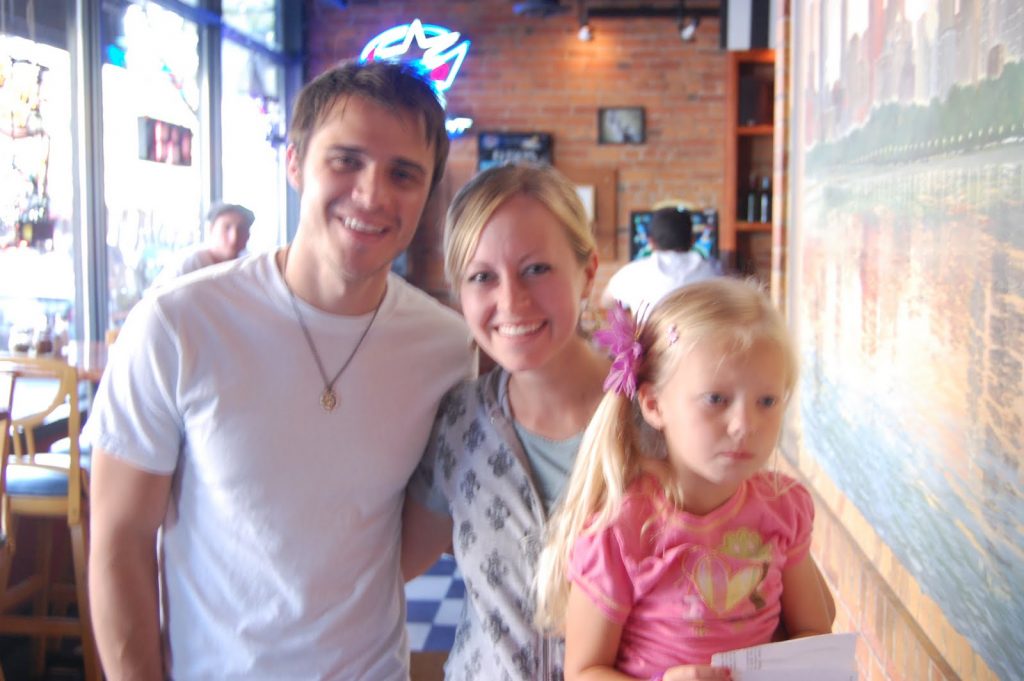 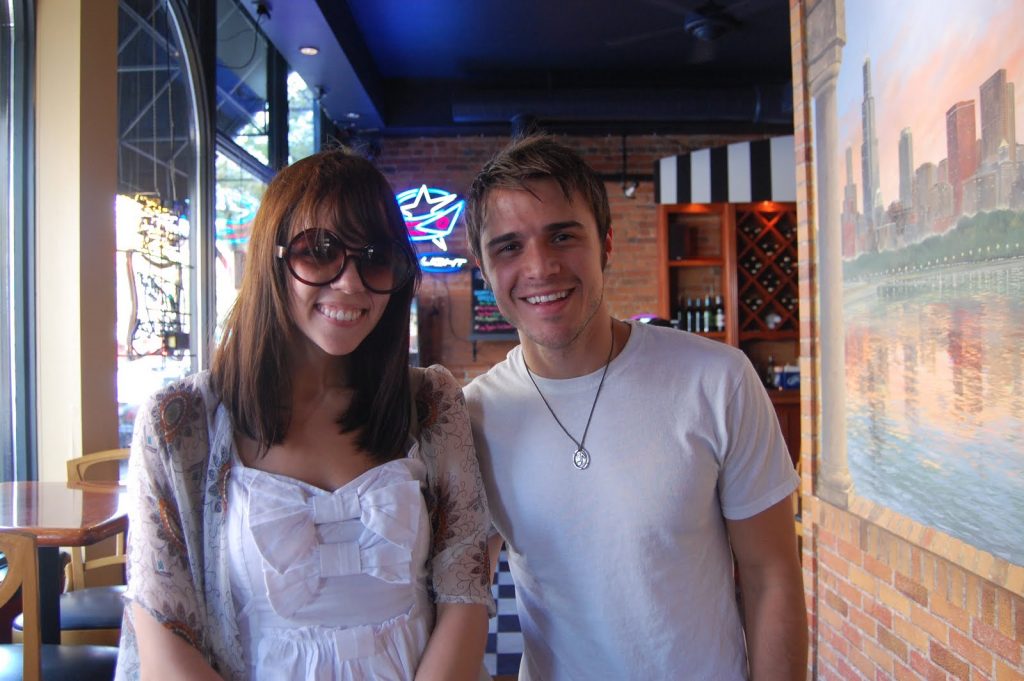